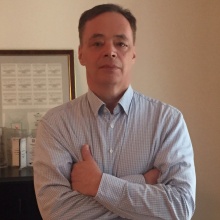 Gábor has advised numerous Hungarian, CEE, Asian and European companies and MNCs, and led numerous significant communications campaigns, many of them pioneering projects for their regions and markets. These have included domestic and international stock exchange flotations for some of Hungary’s largest companies; launch campaigns for leading multinationals entering the Hungarian market; some of Central Europe’s largest M&A transactions; reputation and brand-building exercises.

Between 1993 and 1996 he was deputy managing director and head of financial and corporate communications at STAR PR/Worldcom Hungary. In 1991 he helped to set up the Public Relations Department of the Budapest Stock Exchange, serving as marketing adviser from 1992 to 1993.

Gábor received the prestigious PRO PR Award, conferred by the leading SEE  communications conference, the PRO.PR Conference, for his contribution to the development of the PR profession.

As a committed environmentalist and active marine sports enthusiast, Gábor is an active supporter of the Blue World Institute of Marine Research and Conservation on Croatia’s Adriatic Sea coast, and has been conducting CSR activities for Blue World for almost two decades.