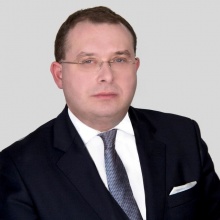 Francis Ingham is Director General of the Public Relations & Communications Association (PRCA), and Chief Executive of the International Communications Consultancy Organisation (ICCO). Founded in 1969, the PRCA is the professional body for the PR industry in the UK, the Middle East and North Africa, representing over 24,000 individuals working across the industry. ICCO is the voice of public relations consultancies around the world. Its membership comprises national trade associations in 55 countries across the globe: from Europe, Africa, Asia, the Americas, and Australasia. Collectively, these associations represent over 2,500 PR firms.

Ingham’s background is in politics and public affairs. He is External Examiner to the American University at Richmond; and Trustee of The Speakers' Corner Trust. He was educated at Oxford University, where he read Politics, Philosophy and Economics. He appears in both the UK and the Global editions of PR Week’s PowerBook.