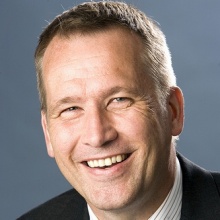 In his previous position he was the head communications advisor of the Philips Board of Management while he improved the efficiency, effectiveness and accountability of the function and introduced a new PR agency, including a new PR measurement system, within the first months after his arrival.

During the late nineties he lived and worked in Prague, Czech Republic to build up a communications network in Central & Eastern European. In 2001 Andre moved back to Amsterdam to join the corporate media relations team and worked on financial and strategic communications. Three years later his role expanded to lead a team overseeing all communications for the Philips Netherlands organization while he also served as the Deputy Head of Philips’ global media relations team.

In the summer of 2009 Andre moved back to Philips headquarters in the Netherlands to lead the network of 50 communications professionals around the globe.