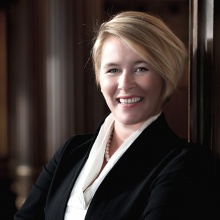 Head of Communications for Danish Crown

Anne Villemoes is Head of Communications for Danish Crown, an international food producer that has attracted the ire of animal lovers. As a chief communicator, Villemoes did not shy away from what had previously been a sensitive subject, but embraced it, an approach she explained in a speech to the European Association of Communications Directors that she titled “Managing Reputation When You Kill for a Living.”

Discussing her company’s forays into social media, she gave a presentation at The Holmes Report’s ThinkTank Live conference in Prague asking “Can You Be Friends [on Facebook] with a Sausage?” Combining good humor with a willingness to passionately defend her company’s core business, she has spend the last five years changing the reputation of one of the largest companies in Denmark.

Prior to that she worked as special advisor to the Minister for Food, Agriculture and Fisheries and as head of press for the Danish Consumer Council. She has a background as a journalist in TV and also for the largest national newspaper in Denmark.

Head of Communications for Danish Crown