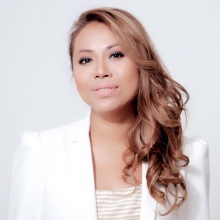 Graduated with Bachelor of Legal Studies (Hons) from Mara University of Technology (Kuala Lumpur) in 2006, she later joined NCL Solutions Sdn Bhd as Sales Manager. While with NCL Solutions Sdn Bhd, she gained her international business experience by working in few countries and regions like Greece, China, South East Asia and the Middle East.

A few years later she pursued her Master's Degree at Vrije Universiteit (Amsterdam) and graduated with Masters of International Business Law (LL.M) in 2009. After graduation, she joined the exclusive Summer School in Geneva organized by World Intellectual Property Organization – part of the United Nation (UN).

In 2010, she came back to Kuala Lumpur to give her full commitment to Lubri Oil Corporation as its Chief Executive Officer until 2014 before stepping down and resume duty as one of the Director.

Nurul Ashiqin is very well-versed in political communication, having researched and represented Malaysia in many speaking engagements internationally.

Professionally, she is an International Speaker, Head of Program, Law Lecturer and an Activist by day but a political enthusiast by night.

Apart from that she is also the Founder of Project Fearless. A Project dedicated to empower young women and to build their strong foundation to be the next line of women leader in Malaysia.

Her vision is to globalize the participation of women in Malaysia in various fields and empower the voice of Malaysian women on an international level.