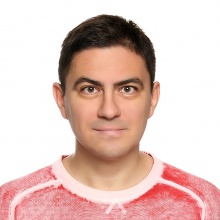 Kirill Elizarov is the founder of DIN Forums Network and FUN Communications firm. He had not intended to become an entrepreneur when he first envisioned his project, yet due to a chain of circumstances, he finally turned into one. Emerging on the toughest and most competitive media market in the world, that of the U.S., the project has demanded the ability to take his own initiative and the reigns along with it…

Despite having worked at many big Russian-based corporations, where compliance and conformity are the norm nowadays, the spirit of initiative remained with Kirill during his whole life. After finishing some of his successful international projects in media, PR, and sports, he arrived at the conclusion that he would like to launch his own new project, and he is hoping to be able to contribute towards its completion together with potential partners who would share the same vision on the future of new outlets.

Kirill Elizarov is the 2010 Winner of the Silver Archer Award - the public relations industry’s most prestigious honor, acknowledging the highest level of achievement in the field. He received this award for "best of the best" PR practices in the Russian Federation for "Project PORT ARTHUR (China) and Other Military Memorials Overseas as an Instrument for the advancement of Russia's international reputation". He is also an active member of the Russian Public Relations Association (RPRA) since 2005.