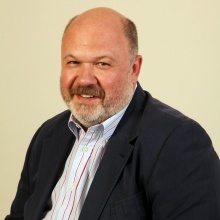 In 1990s, Sergey was one of initiators of modern Russian Media development. He is one of the founders of NTV, the leading TV company in Russia, Segodnya newspaper, Itogi magazine, and Echo of Moscow radio station.

In 1998-99, Sergey was Vice Chairman of the Management Board of RAO “Gazprom” for external and internal communications, and supervised creation of Gazprom Media, the leading Russian media holding.

In 1999, he worked as Deputy Head of Presidential Executive Office for information and internal policy.

From 2000 and up to the present time, Sergey is Member of Board and President of CROS company.

Sergey heads the School of Integrated Communications at the National Research University Higher School of Economics. Owing to a complex program combining the elements of classical university education and practical approach to training PR professionals, students graduate from the University possessing a complete set of knowledge and skills required in the modern PR industry.

In 2010 he became a laureate of the 10th National Media Business Award – named «Media Manager of Russia» in the category ‘For contribution to the industry development’.

In 2011 he became a laureate of the National Award SILVER ARCHER, in the nomination «Master».

In 2015 Sergey was granted for the Medal and the Russia President’s Certificate of Merit for significant contribution to preparing and conducting the ХХII Olympic Winter Games and ХI Paralympic Winter Games in Sochi and the Order of Friendship by Presidential decree “For labor achievements, long-term diligent work and active public work.